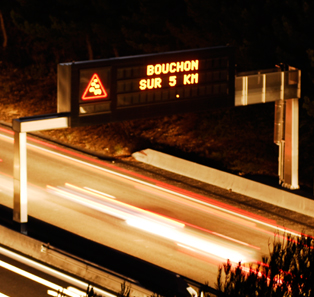 In the early 80's, the first versions of Dynamic Message Signs (DMS) used fiber optic technology which has since been improved and upgraded to incorporate LED technology. Today, the technological improvements have resulted in significant differences in the DMS market, some affecting the actual display of the message, the frequency of the message, and the quantity and placement of DMS units on a particular roadway or throughout a specific region. Some congested areas may have DMS installed in closer proximity to each other, displaying various messages, whereas more open and desolate areas may have a single DMS displaying a single, more general message.

The US Department of Transportation has widely installed 'full matrix' DMS (fully populated with LEDs enabling to display any text or graphic) over the last 10 years. On the contrary in many European countries, most Dynamic Message Signs are still made of a 'character matrix' display (i.e. only a certain number of lines) and often of an additional graphic area (so that the text message is enhanced by a graphic image that catches the driver’s eye). Some countries in Northern and Eastern Europe (such as Germany, the Netherlands and Switzerland) prefer to display text in white,  whereas others (such as the UK, Ireland, Spain, Portugal, Italy and France) use Amber text.

However lately, the specifications that were released over the last years in many European countries turned to full matrix and full color, to allow for more flexibility of display.

In terms of applicable standards, a European Committee formed by experts of each country, released the European Standard for Variable Message Signs- EN12966 in 2006. It is the European equivalent to the US NEMA TS4 standard. The European Committee has been actively working to improve the standard, and a new version was released in 2014. While any DMS installed in Europe must be EN12966 certified, the standard leaves flexibility to each country by specifying different classes of performance that they can chose. As a consequence, similar to the situation you would find in some US states, three levels apply :

1)  EN12966 at a European level, which defines different levels of performance, with minimum criteria to be met.

2) State standards and laws that define which performance class applies in each category (optics, temperature, protection), but also display sizes and fonts, or character and pictogram heights depending on speed/type of roads.

3) The technical specification of the highway/road company, Ministry, etc.  which defines the characteristics of the DMS itself for a specific project.

Over the last years, it seems that European purchasers of DMS have been focusing more on sustainability aspects and longevity costs such as energy efficiency when assessing a product. Whereas there is still an important margin of improvement in that field, it seems that some advancement was made compared to a few years ago. One example is the number of fully solar powered big-sized DMS already installed on the European roads. Most of them no longer require fitting signs with fans or heaters, since those are not needed in most manufacturer’s models and are a source of wasted power consumption (not to mention additional cost).

Lastly, in terms of communication, European countries have yet to harmonize. In the USA, NTCIP standard applies for communications and it has been widely used worldwide as the reference. In Europe, each country has its own developed communications language. There have been works for many years though at European level, with the definition of a communications protocol called DATEX, which might become the future standard.

How will the DMS evolve in the US and in Europe over the next years? How will the stakeholders apprehend the technology improvements of the industry?

We cannot wait to see what is next…

Get a free quote 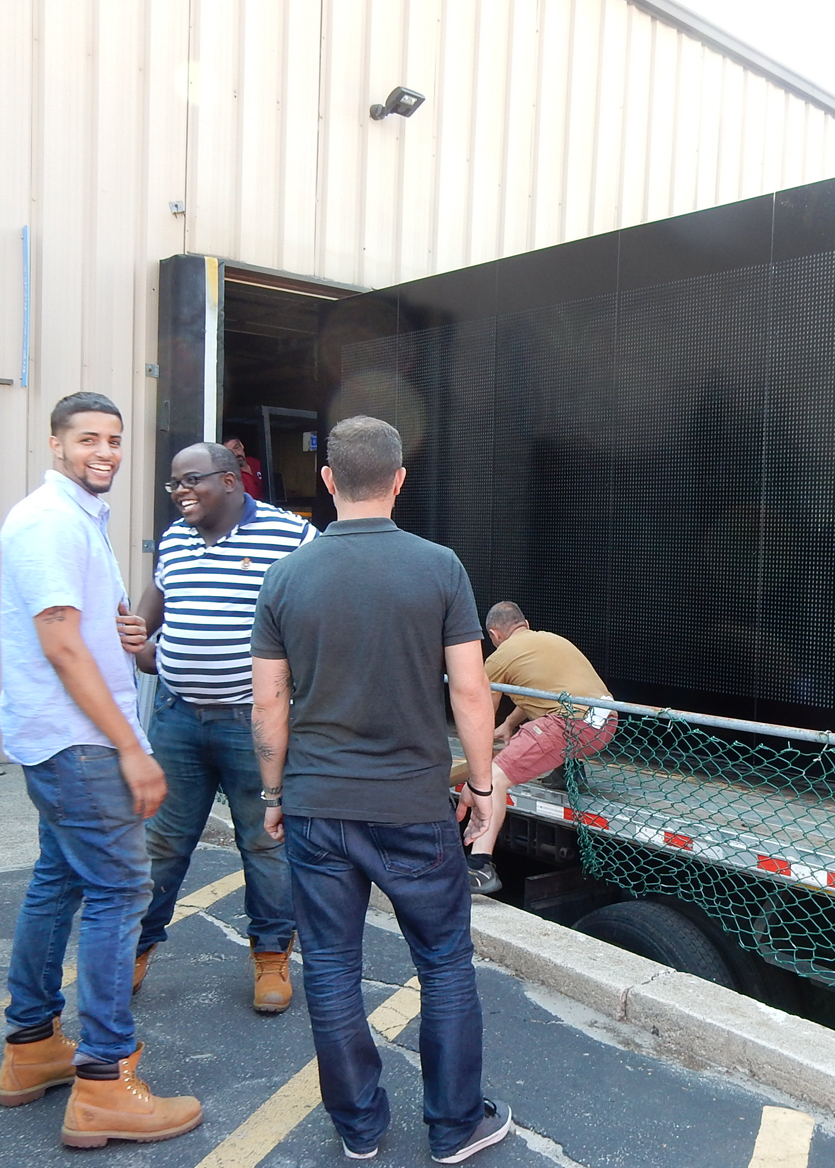